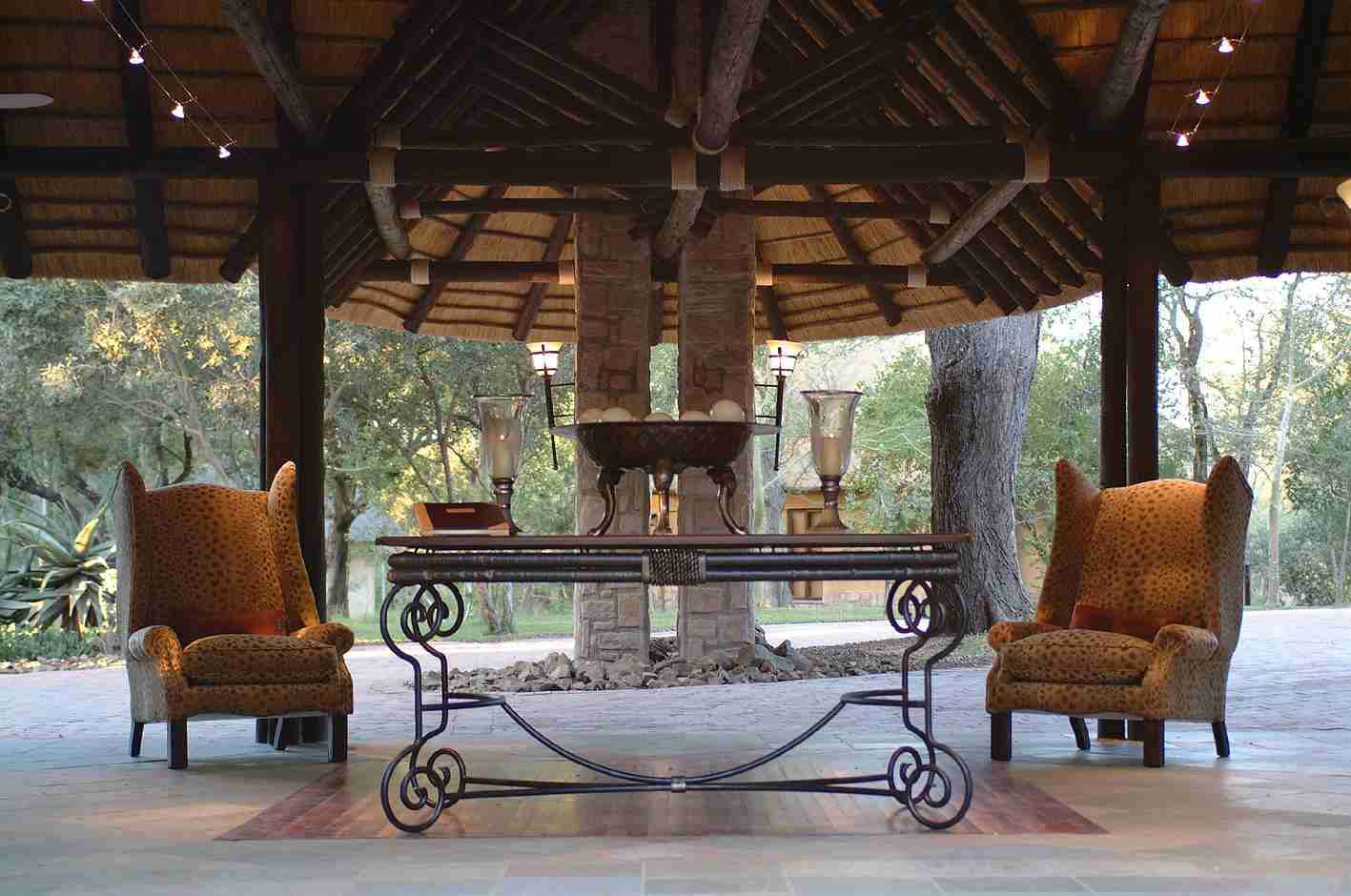 It’s a vast, wild place where the lions roam at SHUMBALALA GAME LODGE, deep in the Thornybush Nature Reserve, one of the country’s great tracts of untamed game-viewing.

Set as it is in a dry, singeing savanna of Mopane, Acacias and Umbrella thorns, quartered by easterly-flowing rivers densely shrouded in giant figs, fever trees and phoenix palms, the land is an ancient tapestry of natural wonder.

Over-head the Loeries call their sharp warning while horn-bills swoop in an ungainly ballet between trees whilst vultures elevate on thermals portending an electric storm.

As you push on through the bush it is the serendipity of nature that amazes most as your vehicle skirts art deco zebra, dozy giraffe, bright eyed bush babies, wildebeest (made, it is said, by the committee of left-over parts) and the rest Africa has to offer.

It is even more of an adventure when you stumble upon a leopard lazing in the V of a Jackalberry tree or; a hyena giving you a lazy yellow eye in the gathering dusk; a majestic bull elephant crashing its way through the riverine thicket in search of sweet reeds or; a surprise sunrise encounter with a lion pride on the prowl.

This is the world of SHUMBALALA GAME LODGE, where tales of sightings are recounted over crushed ice and the spontaneous head-rush of it all in the wine cellar which has full view of a waterhole out on the edge of the savanna.

East of the hamlets which form a frontier to the glorious untamed Bushveld (Hoedspruit to the west has Eastgate airport; Phalaborwa to the north has its own landmark airport), Thornybush Nature Reserve lies in over 11 000ha of splendid solitude adjacent to the Kruger National Park.

Unspoiled and untainted by the world beyond, stone-clad SHUMBALALA (“Where the lion sleeps”) is a five star journey for the soul, set beneath shady African trees lining the Monwana River, along the banks of which you will spot myriad animals from your large cane wing-back chair poised on a teak deck.

Lodging consists of six luxury suites, all of which have overhead fans, air conditioning, open fireplaces and glass fronts with private viewing decks into the magical African bush. Bathrooms (all with in- and outside showers) have their own glass picture windows to watch the wild world go by as you wash off the heat of the day. The double suite Presidential unit includes a private dining room, lounge, plunge pool and fireside facilities.

With lazy afternoons swimming in the pool, followed by the rush of the evening game drive, a sumptuous dinner follows and is enjoyed either fire-side from the lodge deck positioned above the river bed, in the underground cellar or in the cozy candle-lit dining room in winter.

Each day will bring with it the intricate web of nature which, along with the attention to detail provided at SHUMBALALA GAME LODGE, will evoke in the visitor the exquisite and indelible mood of the bush – a sense of peace some would describe as being awake dreaming.