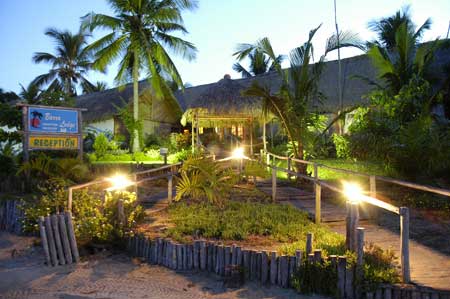 Barra Resorts would like to extend a warm welcome to the newest member of the Barra family, Ms Carrie Boshoff who joins us as Marketing Manager as at beginning April 2012, just in time for Indaba! Carrie who is based at the Midrand office, with 8 years at South African Tourism under her belt, comes with a mountain of enthusiasm for the Tourism industry.
We would like to wish her every success. Watch out for some new and exciting changes to the newsletter, more giveaways and a more interactive feature. 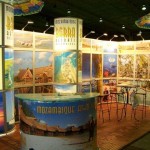 INDABA is one of the largest tourism marketing events on the African calendar and one of the top three ‘must visit’ events of its kind on the global calendar. Exhibiting since 1986, Indaba showcases the widest variety of Southern Africa’s best tourism products, and attracts international visitors and media from across the world. A four-day trade event that attracts well over 13,000 delegates from the travel tourism and related industries, Barra will once again be included in the Mozambique section.

If you are attending, we would love for you to pop around for a visit. Hosted at the Inkosi Albert Luthuli Convention Centre (Durban ICC), we will be on stand SADCA003. Show Days: 12 – 15 May 2012. 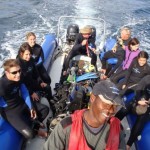 February made sure to remind us that it was still cyclone season, nothing as big as Funso (see last month), but a few close ones that sent us some nice big waves. Funnily enough, the choppy weather conditions seemed to have brought in some spectacular sightings; five manta sightings per dive occurred on several occasions and an ornate Eagle Ray was spotted at ‘Office’. This massive stingray is extremely rare with very few photos worldwide. These shy, venomous (tail spine) rays are considered near threatened by the IUCN being frequently caught as by catch, their population numbers are not known making it difficult to define their conservation status. That is what we love about the diving here, you never know what you will see!

At the end March, 46 children between the ages of 6yrs – 14yrs came to visit us from Barra Education Centre Eden School. We showed them around the dive centre, told them about the ocean and its inhabitants and gave them a chance to snorkel and breathe from a regulator in the pool. The time in the pool was very popular with most not wanting to leave the water! We hope that the experience will spark a passion for diving and ocean conservation later on in their lives.

Many people ask the question: Is Easter celebrated the same in Mozambique as it is in other countries? To answer that, it is needed to understand the Mozambique religions and holidays.
When the Frelimo government took office in 1975, the leaders hoped to follow the communist ideal of creating a society with no separate social classes, with no religion. Churches, mosques and Hindu temples were closed, but Frelimo could not make the ban on religion stick. By 1990, the new constitution gave everyone the right to worship. As a concession to Marxist ideals, the constitution also stated that everyone had the right “not too worship” but people paid little attention to that and quickly returned to their traditional religious practices. Mozambique Christians have special celebrations on December 25 and Good Friday and Easter. Because the dates for Good Friday and Easter are figured according to the phases of the moon (the lunar calendar), the dates for these two days are different every year.

In 2007, Christians made up 56.1% of Mozambique’s population and Muslims comprised 17.9% of the population. 7.3% of the people held other beliefs, mainly animism, and 18.7% have no religious beliefs. Good Friday in Mozambique is a half day “Tolerencia” (half a public holiday), and this half day off, is only designated to Christians, all other religions need to fulfill their normal working day. The Saturday is Mozambique Women’s day, but public holidays do not get transferred to the Monday as like in South Africa.

We were fortunate to have fully accommodated lodges with great weather and a holiday vibe in the air over the Easter weekend. The weekend was filled with many activities – dinner under the stars on

Friday at Barra with our local Guitarist Viola singing his soothing melodies at Flamingo’s dinner, and the vibey African drums of the local band Ethu Kethu on Saturday, and finally holding an Easter dinner buffet at both Barra and Flamingo on the Sunday.

Sunday morning was also filled with lots of fun for the families and children. We held an Easter egg hunt on the beach at Barra with all the hidden eggs accounted for by lunchtime, and of course, the guests from Flamingo (who did not participate in the hunt), had a slightly easier time finding their eggs with Easter egg turn down ready on their beds before they rested their heads for the night.

We had huge fun at our resorts this Easter break with the much loved local flavour adding to the festivities. We hope that all our guests enjoyed their short, but very well deserved holiday with us. Barra can say without any hesitation that the Easter week was a huge success filled with memories. 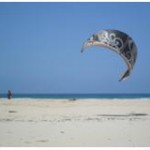 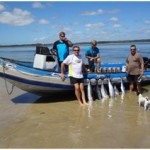 Cyclone Irene with its howling winds, big seas and rain managed to do minimal damage at Pomene. We had some grass blown off roofs and a lot of shifting sand but thankfully little else to talk of. As you read, the building team are bustling on the roof doing repairs. Some of us took advantage of the wind kiting and sand surfing!

By the 8th Pomene returned to being heaven on earth. with flat seas, clean water and both divers and anglers ready to hit the ocean. Just a reminder to all our past Pomene guests, the sunsets you are missing are out of this world, and for the anglers…eat your hearts out! These were caught on 9th March in a huge bait ball in a shark feeding in a frenzy with visibility at 30m +++. Five tuna and two Cuta were caught with the largest weighing 20kg!!

Having passed unscathed through the cyclone season, which undoubtedly sent some of our guests packing and some braving the experience, our weather has returned to its beautiful self and our crystal-clear turquoise waters to a still hum with bathers in 7th Heaven.

The summer sun has been kind to us but please do not forget to pack sun block, no matter what time of year or type of weather, the sun can be harsh – we always stock sun block if you have forgotten yours at home. Some of the activities our adventurous guests have enjoyed this Easter break include; quad biking, diving, horse riding, and partying it up with our non-stop night life – do not try this at home folks! We have also had guests enjoying some snorkeling with Manta Rays and collecting Prize Shells on the beach.

With the long weekend around the corner, get away from it all and visit us at Bamboozi for some sun, cocktails and great company.

Bottoms up – Louise and Deanna 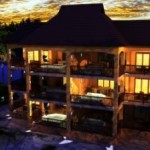 Ever dreamt of owning a piece of paradise? With the first six units of the Barra Cabanas now complete, it’s possible.
Situated on Mozambique’s Manta Coast around Inhambane, the four-star Barra Cabanas are more than your home away from home. With sea views and sandy beaches, the Cabanas offer you a little piece of paradise. Thanks to new legislation on periodical housing you’ll now be able to legally own a house in Mozambique. This means your Barra Cabana will be registered at the Government Deeds Office and you will receive the title deeds.