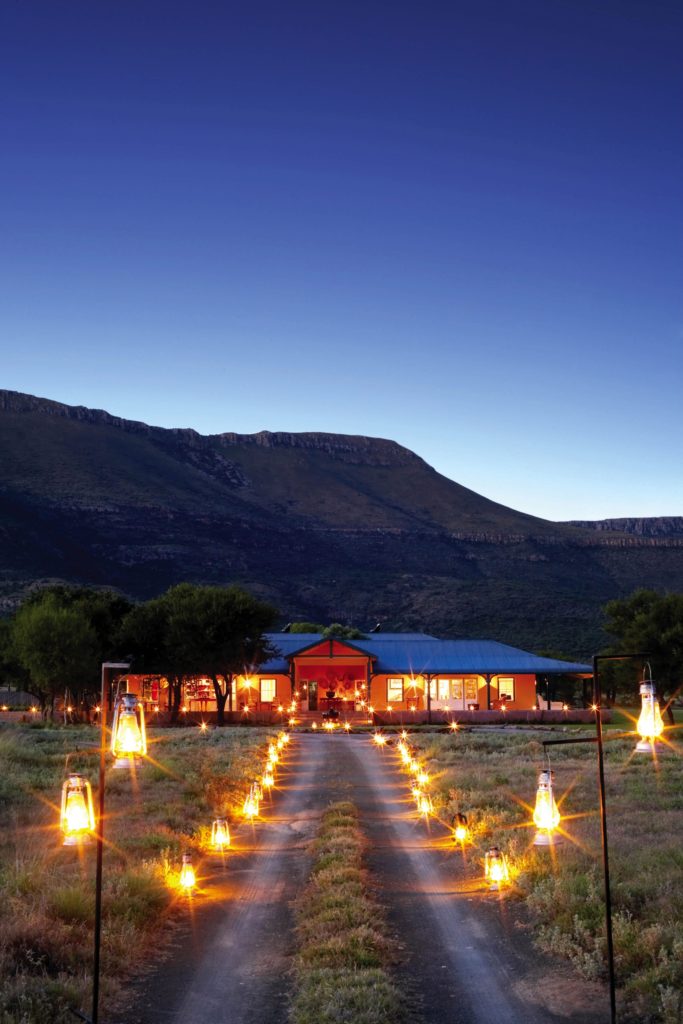 OUR LATEST NEWS & EVENTS FROM SAMARA

October saw the start of a fantastic summer lying ahead of us and already we are experiencing some amazing thunder showers, antelope dropping their calves, termites foraging like there’s no tomorrow and the return of some amazing birdlife.

Summer visitors like the beautiful Steppe Buzzards, Black Storks and the singers of the bush, the cuckoos. Diedriks Cuckoo, Red Chested Cuckoo, Black Cuckoo started to arrive back on Samara and one new one that was not on Samara last summer, the Great Spotted Cuckoo.

This Cuckoo is also a brood parasite and only uses 2 host nests, namely the starlings and crows. The Greater Spotted Cuckoo (Clamator glandarius) is definitely here due to a healthy population of Red Winged Starlings and Cape Starlings.

The Great Spotted Cuckoo is fairly common across its scattered range, living in savannas and grasslands. It feeds on a wide variety of invertebrates, rarely eating reptiles. It only parasitizes crows and starlings, waiting until the host is not present before laying 1-4 eggs into its nest. It lays up to 6 eggs in one day, and up to 23 in the whole season. Unlike some cuckoos, the chicks do not always kill their “siblings”, but will sometimes peck and damage them. It stays in the nest for 22-26 days. 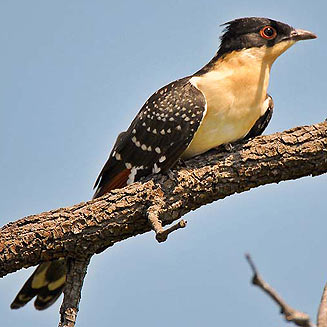 A camp resident, our Spotted Eagle Owl, has used Karoo Lodge for a second season to lay her 2 eggs and raise her young. Spotted Eagle Owls practice the Cain and Abel effect where the one chick will kill the other to enhance its chances of survival, normally the first hatched. But, just look at the fluff on this one and in a few weeks time it will be out and about with its mom looking for moths, insects, mice and Invertebrates. 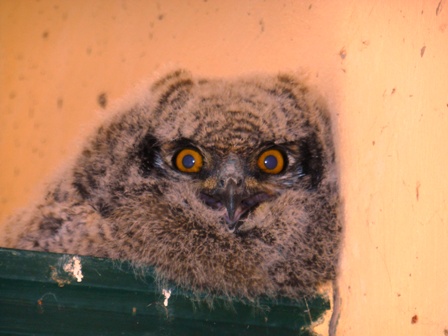 Aloe ferox, also known as Cape Aloe, Bitter Aloe,[ Red Aloe and Tap Aloe, is a species of aloe indigenous to South Africa’s Western Cape, Eastern Cape, Free State, Kwa Zulu Natal and Lesotho. It is listed on the Cites plant list of endangered plants along with other wild species of this genus but thrives on Samara.

Aloe ferox can grow to 10 feet (3.0 m) in height, and can be found on rocky hills, in grassy fynbos and on the edges of the Karoo. The plants may differ physically from area to area due to local conditions. Its leaves are thick and fleshy, arranged in rosettes and have reddish-brown spines on the margins with smaller spines on the upper and lower surfaces. Its flowers are orange or red, and stand between 2 and 4 feet (0.61 and 1.2 m) above the leaves. For centuries indigenous healers have treated man and beast successfully with aloe preparations. In Xhosa culture it is applied to fresh and inflamed wounds to encourage healing and is a known cure for ringworms and tapeworms, boils and ulcers. Aloe is used to treat enteritis in calves and fowls, as well as roundworm in the Zulu culture, while the Pondo mix aloe juice and water for a refreshing body wash. An extract, bitters, is ingested to help with detoxification, as well as gout, rheumatism and arthritis, stomach and digestive ailments. Other recorded uses include: insect bites and bluebottle stings, fungi, toothache, sunburn, as protection against the elements and to stimulate the immune system, to name a few. 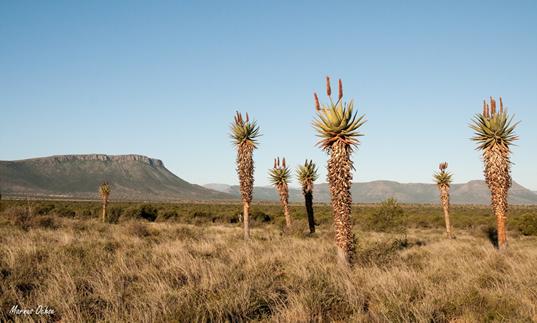 Sibella is proudly showing off the progress of her cubs to many of our guests who are always awed. These cubs are now eating meat and will soon be learning the art of hunting from their devoted Mum. They are as yet, un-named and we would like our friends to submit their choice of names for this cute twosome. It is not yet possible to guage what their sex is so the names will have to be appropriate for either a boy or a girl. The person suggesting the name or names which are chosen will win a Samara t-shirt. Post your suggestions on our facebook page 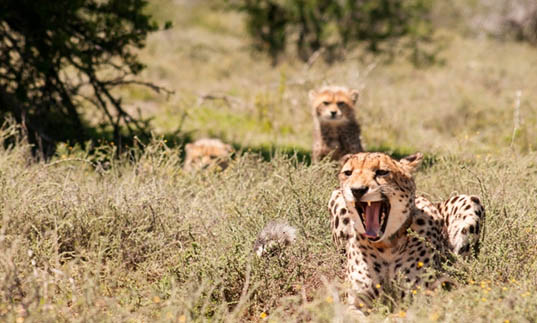 Method:
1. Preheat the oven to 180˚C
2. Place all the ingredients for the crust into a food blender and blend well. Put aside.
3. On a very hot griddle pan, seal the rack of lamb on all sides. Season the racks all over with salt and pepper.
4. Brush the rack of lamb with Dijon mustard and roll the racks in the bread crumb mixture until evenly coated.
5. Arrange the rack of lamb with the bone side down onto a roasting pan and grill for 25 – 30 minutes depending on the degree of doneness you want.
6. Remove from the oven, let it rest for 5 minutes and carve the meat between the ribs.

* Hint: Best enjoyed with roasted potatoes and stir-fried vegetables. A red wine jus is also a great compliment to this dish. 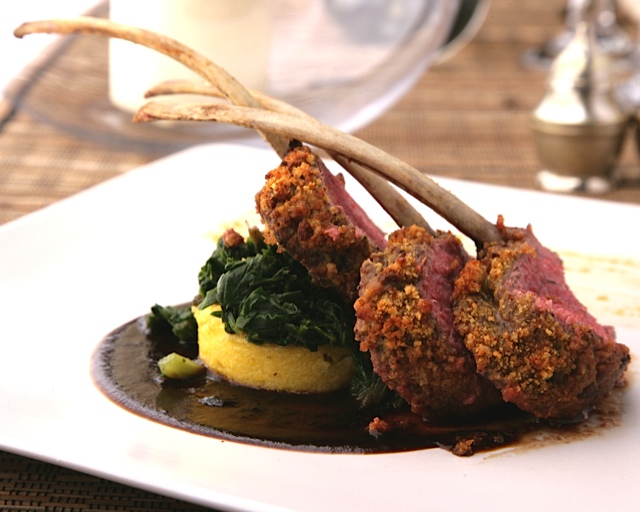 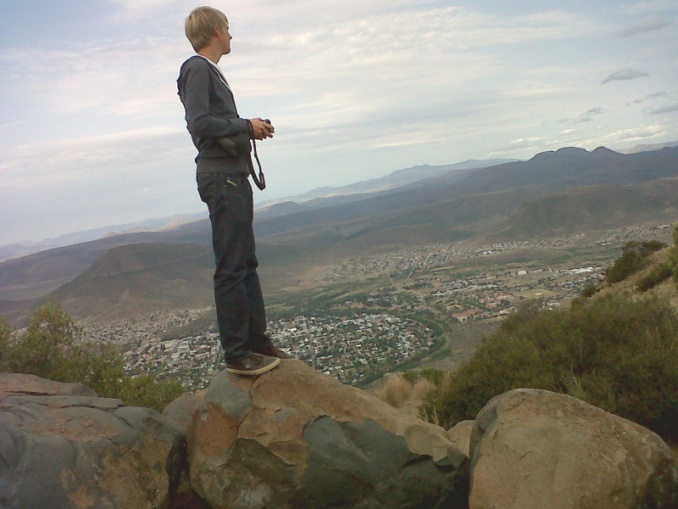 Thilo Bruns looking down at the the town of Graaff-Reinet from one of the viewpoints at the Valley of Desolation. This was at the beginning of his Volunteer period of two weeks at Vuyani when he still didn’t know what was awating him.

Thilo came to Vuyani through the joint volunteer venture between Samara Private Game Reserve and Vuyani Safe Haven, a place of safety for children in need of care and protection. During his two week stay he spent time with the boys of Thanduxolo where the boys from 12 years upwards stay. He joined them in their daily task of fetching bread for the two houses from a local Spar Supermarket. 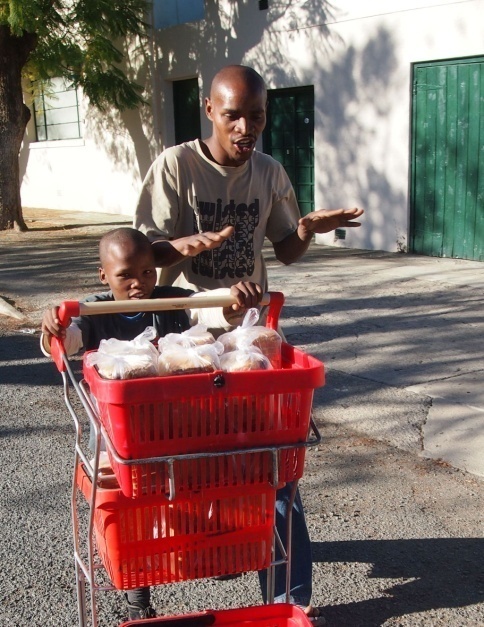 He helped clean the Municipal playground where the children of Vuyani play over weekends, together with a team of very enthusiastic younger boys. 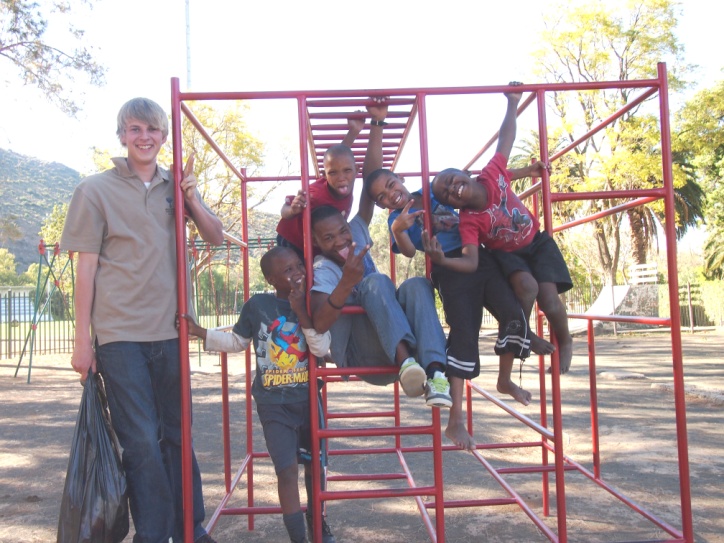 Donovan Buys, an old Vuyani boy moved into his own house in the township and Thilo helped him move and shared in his joy. 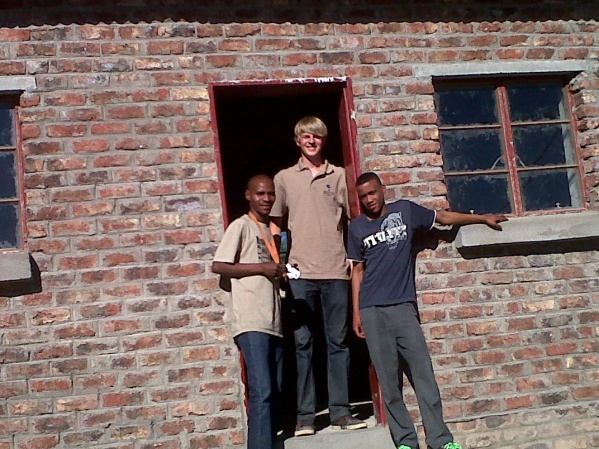 His biggest project was to plan a vegetable and herb garden for Vuyani. 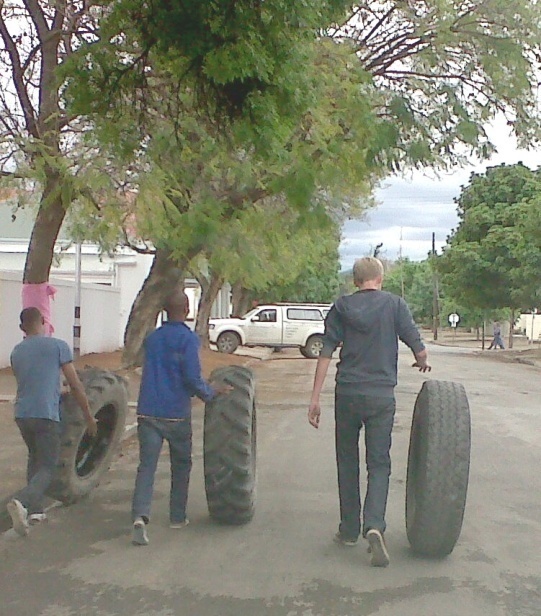 Here Thilo, Donovan and Romeo are taking tyres to Vuyani to plant the veggies. 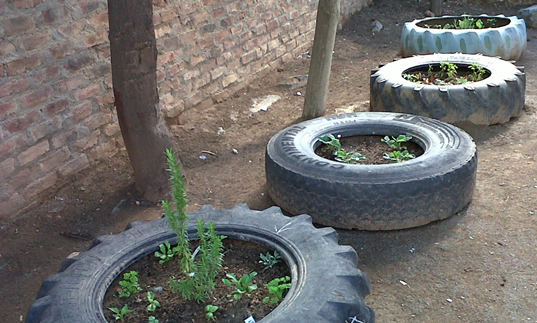 He also had some fun time playing Seven’s Rugby with the local Graaff-Reinet young and not so young rugby fanatics. 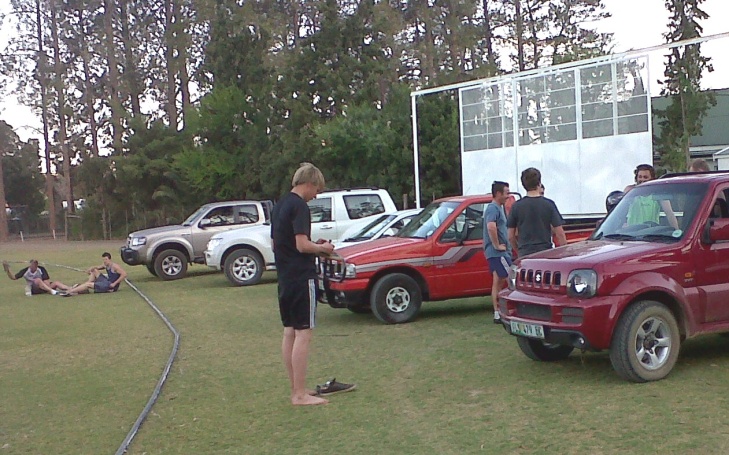 Contact Jenny on reservations@samara.co.za for more information or to book.

Warm Wishes
Sarah Tompkins and The Samara Team
www.samara.co.za | Join us on facebook for great competitions and promotions.