The festive season had finally arrived and with the lodge packed with guests, many with young children in tow, Christmas at Sabi Sabi was always going to be a memorable event. Christmas in the bush is always a beautiful time thanks to the influx of new born animals making use of the lush conditions, a timely reminder of the historical relevance of the day. Alas, no mangers were seen on safari that morning and the stables were most certainly not full thanks to the bountiful resources on hand in this, one of Africa’s most productive areas. Impala calves bounded across the savanna like excited children full of the joys of Christmas cheers and although the animals cannot take time off from their busy schedule of survival and living, the bush seemed to be in good cheer. 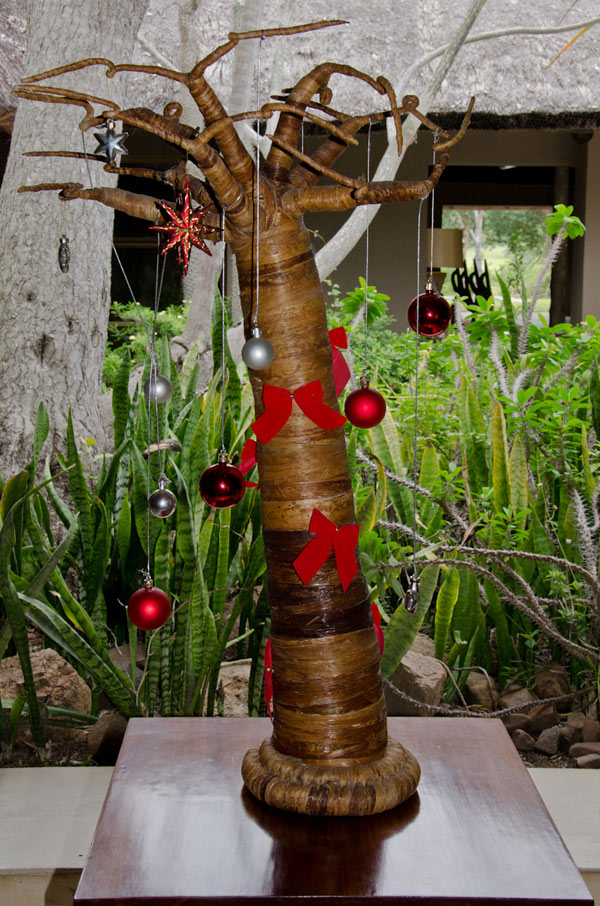 That morning however, strange antelope-esque prints in the sand baffled our expert trackers. Oddly large and splayed for an antelope in this area, no sign of the offending animals could be found. However, on the way back to the lodge, one land rover was able to put an end to the riddle that had confounded us all that morning. As they approached the lodge after another great morning of game viewing, they were met with a most unusual sight…. In the road ahead, a red and white shape came into view and on closer inspection, much to the children’s delight, Santa had arrived at Sabi Sabi. As he flagged down the land rover, he explained through his fluffy white beard that his reindeer had abandoned him in favour of the lush surroundings and left him to make his way to the lodge on foot! Admittedly, Santa seemed to have shed quite a few pounds this year, but that could easily be explained away by having to carry his bulging sack of presents on foot whilst wearing his famous uniform. With temperatures reaching the high 30’s already, his choice of attire combined with his ill disciplined steeds had no doubt caused him to sweat down to a more respectable weight! 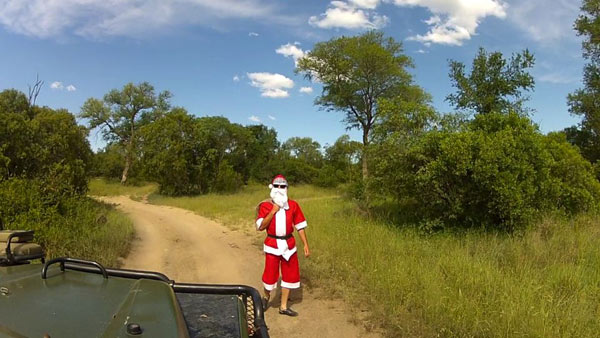 With Santa safely recovered and guests back at the lodge, a hearty breakfast was enjoyed and the day passed by with a constant background noise of excited children and the clinking of glasses. In the engine room of the lodge however, head chef Irwin and his team were hard at work preparing a feast seemingly fit not just for a king, but for every king that has even ruled throughout human history! With the added pressure of having to restore Santa’s belly to its full glory before the wrath of Mrs Christmas was unleashed, there was no time for slacking! By the time guests returned from another great afternoon safari, mouths were salivating at the thought at the culinary delights that awaited them. Christmas dinner is one of the most famous meals throughout the world and with expectations high, guests took their seats, loosened their belts in anticipation and waited for chef Irwin to wow them.
The miracle workers behind the scenes did Sabi Sabi, and Christmas, proud. In a scene reminiscent of the banqueting halls in medieval times, the dinner buffet stretched into the distance. Extra tables had been brought in to accommodate the sheer quantity of delights and the chefs glowed with delight as the guests attacked the spread with the energy and enthusiasm that is only reserved for this special meal. The options on offer were far too numerous to list on this humble recollection of events but highlights included the traditional turkey (Irwin assured us he had not cheated by using a small ostrich!) and all the trimmings and a piece of Norwegian salmon that seemed like it had been blessed by Santa himself such was its taste and tenderness! With the all clear sounded after the Mayan prophesy of Armageddon had failed to come to fruition days before, toasts of merriment filled the air and wine flowed like…well, wine as staff and guests alike filled their stomachs. Festive cheer echoed through the thatch and into the clear African sky as the culmination of 365 days of anticipation was released as one. 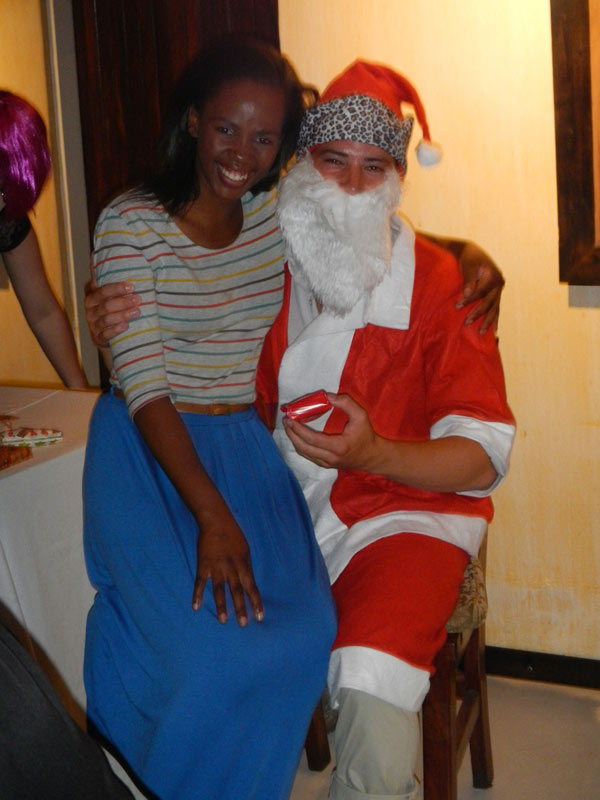 Alas, all good things come to an end and with the prospect of another 5.30am start fast approaching, only the most hardcore revellers still remained by midnight. Safari stops for no man or occasion and business would soon resume as normal. Tire pressures and suspension settings on the land rovers would have to be adjusted to account for the extra weight picked up during the feast and the rangers and trackers would need to be on top form if they were to locate Santa’s missing reindeer the next morning!

Christmas is a family time and finally the hard working staff of Sabi Sabi were able to sit back and revel in another successful day. We hope that those present for the festivities had felt a part of our special family at this special place and to all guests past, present and future we wish you a Merry Christmas and a Happy New Year to come!