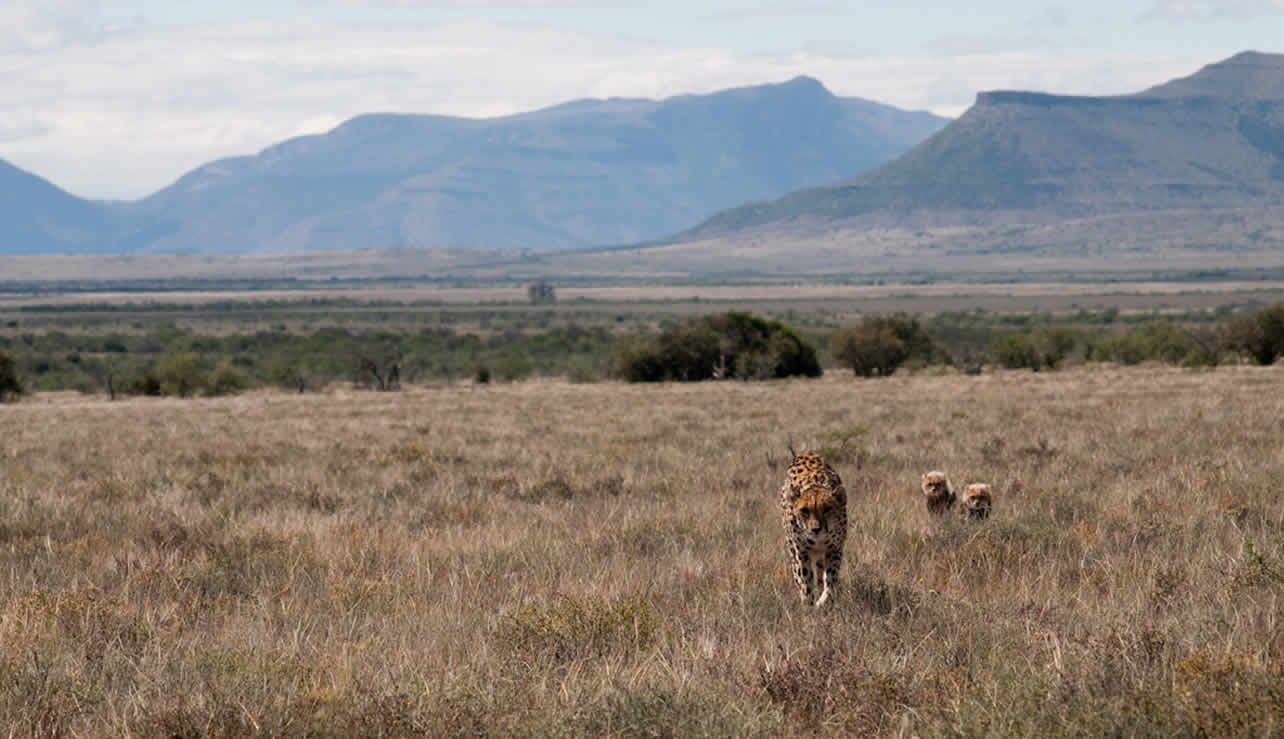 The past few days have really delivered for some awesome sightings and a few interesting ones.
Sibella and her cubs are still roaming the south of the reserve. Tendai found her 2 days ago on a steenbok kill and we hope that the cubs will be as good as a hunter as their mom. Belini still roams in the south-east where a lot of our general game is moving and we also think that she might be attracting a male.

Two caracals were spotted in the river bed and we suspect that it might be the same pair that had their cubs there a while ago. Aardvark and bateared fox sightings have also been great thanks to big colonies of active termites.

A big flock of flamingoes also stopped by for 2 weeks at Paardekraal dam to rest and we also spotted a black stork which we’re hoping will breed on the cliffs of Aasvoelberg. We can’t wait for the rest of the migratory birds to arrive read more