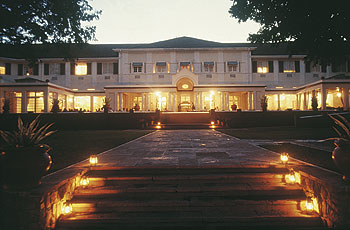 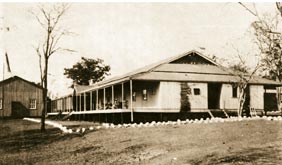 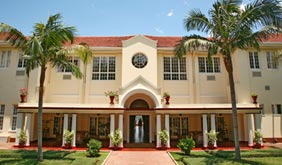 The Victoria Falls Hotel in 1904 – The Year it originally opened and as it is today. 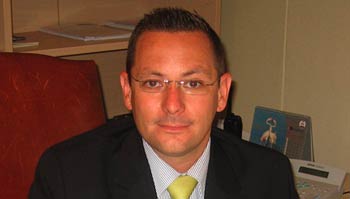 The Victoria Falls Hotel Partnership, made up of African Sun and Meikles Hospitality, has appointed a new General Manager for the hotel. He is Mr Guilio Togni, who will take up the post on November 1. Mr Togni brings many years’ experience in hospitality management, most recently as Manager of The Royal Livingstone Hotel just across the Zambezi River in Livingstone, Zambia. Previous career experience has been obtained at The Table Bay Hotel in Cape Town, South Africa and at hotels such as Radisson SAS Waterfront, Carlucci’s Delicatessen, The Beverly Hills Sun Inter-Continental and The Cellar Country House. He has been in the industry for almost 20 years and looks forward to welcoming guests from across the world to The Victoria Falls Hotel.

The continuous upgrading of all aspects of The Victoria Falls Hotel is an essential component in our drive to ensure that the hotel is second to none. A number of recent refurbishment activities have been undertaken as part of the current overall programme:

In the Stables Wing, 42 deluxe rooms and two honeymoon suites will see changes:
replacement of carpets, curtains and furniture, as well as a soft refurbishment of the bathrooms. Work on this will take place between December 2012 and March 2013.

Suite refurbishment is also taking place in the 45, 55, Songwe, Baines and Livingstone suites. Full refurbishment of these suites will be undertaken, including enlargement of their floor space. Work will be completed by June 2013.

The Livingstone Room, which is the hotel’s flagship dining venue, will undergo total refurbishment, with incorporation of a new verandah and entrance from the courtyard. The Livingstone Room will be closed for the entire month of February 2013 to enable this work to be carried out.

Stanley’s Bar will be moved to Stanley’s Room to allow for more seating capacity on the Terrace, and this will have been done by June 2013. The swimming pool area will see conversion of the old kitchen to a pavilion for guest use by June 2013. Complete re-laying and refurbishment of the tennis courts is under way and this will be complete by November 2012. Soft refurbishment of the main lounge, Bulawayo Room and e-lounge is scheduled for completion by June 2013. 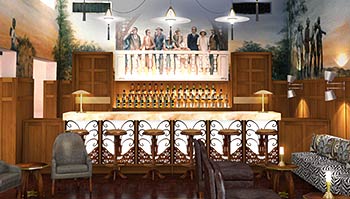