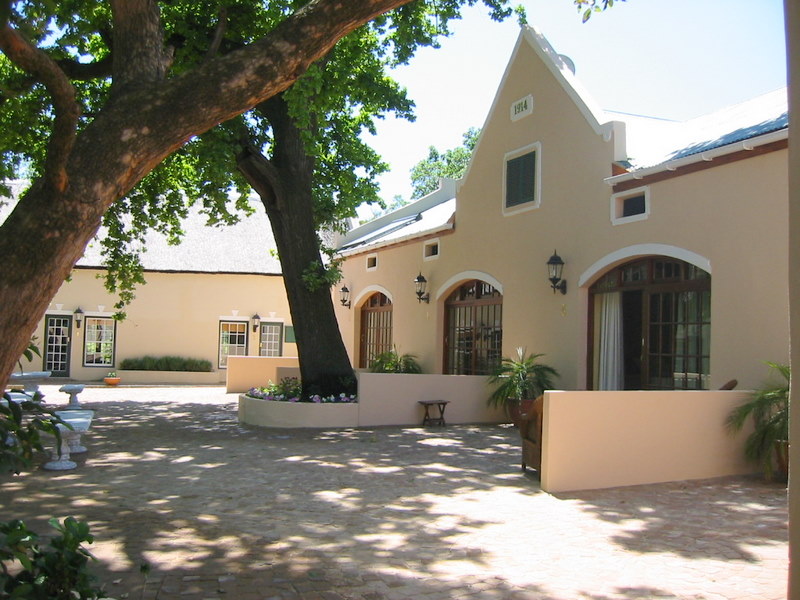 “De Leeuwenhof Estate“, established in 1698 is awaiting your arrival.

Rated 4 stars by the tourism grading counsel of South Africa and Rated “superior accommodation” by the South African AA might give you an impression of the to be expected experiences once visiting the estate.

Situated in the Klein Drakenstein area of the Paarl wine district in the Western Cape of South Africa,  it was previously called Palmiet Vlei and issued in 1694 to a French/Dutch Hugenot called Jean Du Bois for his work for the VOC, the first Dutch multinational company in the world.

The main building as well as the farm part itself, has recently been fully restored and even the “ old barn”  has been upgraded to a 4-star guest facility by the Dutch “Van Leeuwen Boomkamp” Family, who only came to South Africa in 2004.

Drawn by adventure and driven by a quest to seek new boundaries, the van Leeuwen Boomkamp’s can tell from their own experience of how one can fall in love with this ancient part of South Africa, and how one feels linked to the Dutch ancestors who planted the roots for today’s society. Besides a beautiful surrounding and nice luxury rooms and apartments, guests will feel themselves pampered the African way. The specialty of the house  is an African braai around the fire and together with the estate home grown wines, one can feel quite at ease at “de leeuwenhof”. For a nice or romantic dinner under the trees one needs to go not far as we offer this to our private guest also on the estate itself.

Most people really like the peace and quietness on the farm, and as we see many bird and animal life around the premises, animal and bird lovers will not be disappointed.

As the estate holds only an exclusive number of 5 rooms and two apartments and two pools, one finds himself in a tranquil and exclusive setting and even the most spoilt traveler will find all his needs at “de Leeuwenhof”