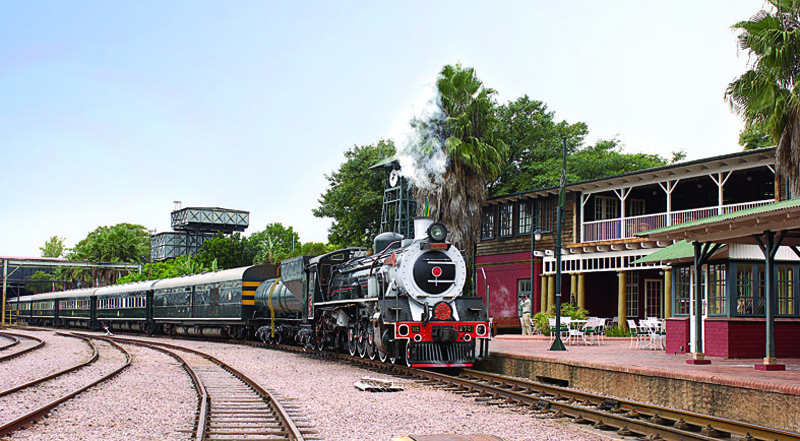 The first leg of the journey takes the train through Witbank and Middleburg and then traverses the majestic Drakensberg escarpment en route to the lowveld of Mpumalanga. The following morning you will receive an early wake up call to then either tee-off at Leopard Creek Golf Course or enjoy an early morning game drive in the Kruger Park. The train will take the non golfing guests south towards Mpaka in Swaziland where they will be joined by the golfers for an afternoon game drive in the Mkhaya Reserve. 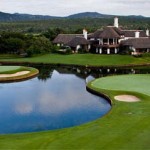 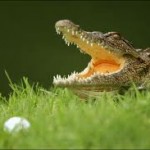 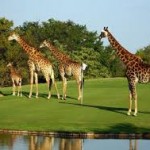 During the evening the train will continue south to the village of Hluhluwe in Zululand. Starting early once again, a wide variety of game can be seen on an early morning game drive through the scenic Hluhluwe Game Reserve. The Pride of Africa departs mid morning and makes its way south through the lush cane fields of KwaZulu Natal, arriving in Empangeni after brunch where the golfers will disembark for 18 holes at the Zimbali Country Club. The non golfing guests continue on the train for a late afternoon arrival in Durban where they will be rejoined by the golfers. 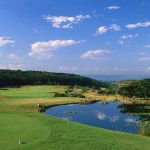 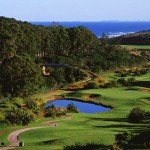 An early morning tee-off at Durban Country Beachwood Club for the golfing enthusiasts is followed by a scenic drive through Pietermaritzburg and The Valley of a Thousand Hills en route to Lions River to join the train. The train meanwhile stops at Lions River for a morning visit to the famous Ardmore Ceramics Gallery.

Lunch and an afternoon of leisure is enjoyed by all as the route to Bethlehem takes the train past Lesotho and the highest mountains in the Drakensberg range at 3 482 metres.
During the night we continue onto Bloemfontein, the Free State capital, with a morning tour of the city planned for the non golfers while the golfers enjoy a morning game at the 115 year old Bloemfontein Golf Club. 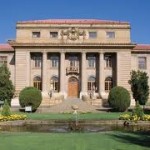 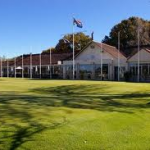 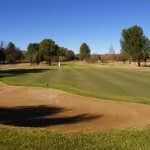 The journey continues southwards overnight to the coastal capital of the Eastern Cape, Port Elizabeth, where the non golfing guests make the most of a morning visit to the Addo Elephant Park. The golfers take on the challenge of the Humewood Golf Club links course, rejoining the train in the early afternoon. 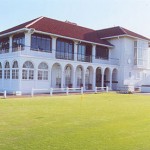 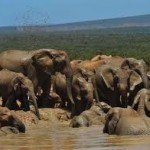 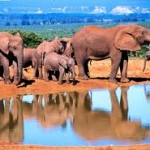 An early morning departure from Willowmore takes the Pride of Africa into Oudtshoorn for a visit to the Highgate Ostrich farm followed by another spectacular rail descent down the Montagu pass into George for an afternoon at leisure. Dinner will be savoured at the Fancourt Hotel & Golf Estate. 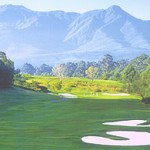 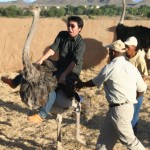 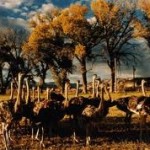 A morning visit to Knysna and the surrounding attractions will complete the visit to this natural paradise for our non golfing guests. The golfers will relish the challenge of the spectacular Ernie Els Oubaai Golf Course, the first Ernie Els signature links course on the Garden Route or the world famous Fancourt Golf Estate in George. 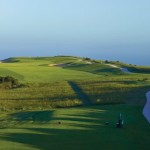 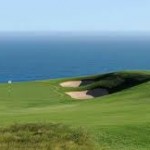 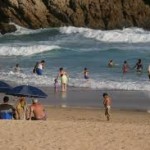 The train sets off at midday from George travelling along the scenic Garden Route through Mossel Bay and Riversdale. The next morning, after a short visit to the KWV Brandy Distillery in Worcester, the Pride of Africa ends its magnificent collage and golf expedition in the Mother City of Cape Town. 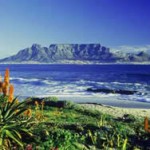 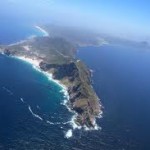 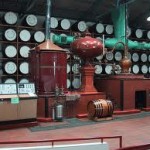